We use Biblioboard, a public-access platform, to host our students' digitized Master's theses. In 2009, the Golden Library committed to converting each thesis to electronic format to be made available online. The range of topics include, the study of the regional archeology sites, various educational topics, literary analysis, behavior/communication analysis, religious analysis and history of churches and religion.

This ebook and audiobook collection provided by the New Mexico State Library includes Southwest history and culture titles and fiction by New Mexico authors or set in the Southwest. New Mexico Reads also includes some books on racism in America, library and information science, national topics such as the 1918 Spanish flu pandemic, and a selection of audiobooks. There is a small collection of books for children and tweens and teens. ENMU users create a free account using your ENMU ID# as your library ID.  Users can also download an app for reading on a mobile device. Visit your app store and search for the Axis 360 app. Once you have downloaded the app, search for New Mexico State Library and login.

Are you interested in historical sites and artwork located in Portales? The New Deal programs only existed from the late 1930s-1940s but resulted in striking cultural artifacts. You can take this self-guided to learn about some of the agencies and the programs’ effect on Portales, including the Work Progress Administration (WPA), Federal Arts Project (FAP), and more. The tour begins on the ENMU campus, which can be completed by walking. The remainder of the tour can be done via automobile. 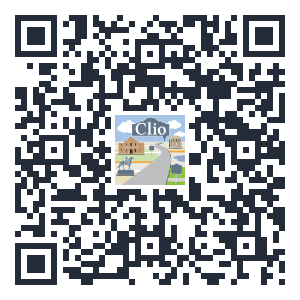 The Clio app can be downloaded for seamless touring:

Our PastPerfect website displays artwork on the Portales campus that is owned by the university. Current records show the newest statue acquisitions around the Golden Student Success Center and artwork from the Works Progress Administration (WPA) in the 20th century. More art will be added as time passes, so feel free to come browse more in the future.